London, Oct 18, 2010 (Calcutta Tube) Singer Christina Aguilera, who has filed for divorce, has jetted off to Hawaii to escape gossip about her marriage troubles.

The pop star announced the split from husband Jordan Bratman Thursday. Contactmusic.com reports that the singer left with her producer pal Tricky Stewart.

Christina Aguilera: Out of the Bottle Unauthorized 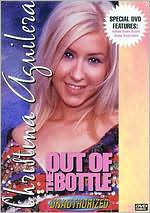 This program offers the perspective of many other people on the life and times of Christina Aguilera, teen pop diva. People that have something to say about the star include schoolmates, radio DJs, music journalists, and others involved in the entertainment industry. As an unauthorized program, there is little actual footage of the star and no performance footage at all. ~ Rob Ferrier, All Movie Guide