In the divorce papers filed at Los Angeles Superior Court, Aguilera has cited ‘irreconcilable differences’ as the reason for the split. She has also asked for joint physical and legal custody of their son, Max, reports people.com.

Aguilera, 29, and Bratman, 33, married in California’s Napa Valley in Nov 2005 after getting engaged in February the same year.

After announcing her separation, Aguilera said: ‘Although Jordan and I are separated, our commitment to our son Max remains as strong as ever.’ 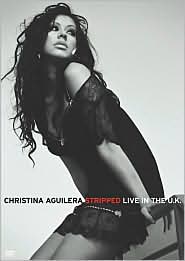 Featured Product: Provocative pop diva Christina Aguilera took her 2003 tour supporting her album Stripped to the UK and played for sold-out crowds of adoring fans eager to see the singer on her first British tour. Christina Aguilera: Stripped — Live in the UK features highlights from her spectacular live show as well as a look at the hard work that goes into putting this show on the road. Songs performed include “Dirty,” “The Voice Within,” “Beautiful,” “Get Mine, Get Yours,” “Come on Over,” “Infatuation,” “Fighter,” “Lady Marmalade,” and more.