New Delhi, Oct 11 (Calcutta Tube) Kishore Kumar‘s fans can rejoice as one of his unreleased songs will be unveiled on the legendary singer’s 23rd death anniversary Wednesday.

Recorded in the 1970s for a movie that got shelved, it is a naughty, situational song much like the signature numbers of Kishore da, as he is fondly remembered. The highlight of the piece is a parody element and the signature comic touch by the singer.

With 15 tracks from 15 big Bollywood movies (Gambler, Janbaaz, Julie, Qurbani, and Tere Mere Sapne, to name a few), The Best of Bollywood offers a great look into what makes the films so popular: the music. Well-known playback singers like Kishore Kumar, Alka Yagnik, and Lata Mangeshkar are all included various times throughout the album, which means that The Best of Bollywood works well as an introduction to the genre and a nice, concise compilation for those who are already familiar with it 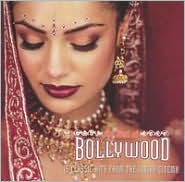