Islamabad, Oct 22 (Calcutta Tube) What is the prime reason for the world’s water shortage? Bollywood films, according to a prominent Pakistani paper.

‘The shortage of water is a key global issue these days. And what is the reason for this shortage? Believe it or not, Bollywood films,’ a report in the Urdu daily Jang said Tuesday.

‘Bollywood not only spends money like water on its films but prodigious waste of water is also a habit of Bollywood producers and directors,’ it said, noting in that current Salman Khan superhit ‘Dabangg’, one scene which showed the heroine (Sonakshi Sinha) getting wet in the rain ‘used 180,000 litres of water’.

‘All this was not ordinary water but specially ordered and purified water,’ it said, noting potable water is not available for half of India’s population.

‘Akshay Kumar starrer ‘De Dana Dan’, like its name, wasted water ‘de dana dan’ – as much as 8, 400,000 litres,’ it said, adding it was noteworthy that acclaimed director James Cameron in filming his Oscar-winning ‘Titanic’ had only need of 450,000 litres of water. 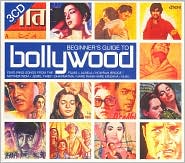 Bollywood music has been loved in the West for the way it Cuisinarts different styles together, mixing and matching like crazy in the same song. This extensive collection places a great emphasis on that side of the music, which makes for an easy introduction to the myriad styles that have made up Bollywood over the last 50 years. There’s plenty of music from the ’70s (one whole disc is devoted to it, plus part of another), which was a golden era for Bollywood, and the development of the music — which comes from the soundtracks of the gloriously successful Bollywood films — is well laid out here, both by example, and in the excellent booklet. While some might feel too much emphasis has been placed on the eclectic side of the music, that’s the big drawing card, as composers and arrangers constantly seek new things. The ‘playback singers’, as Bollywood vocalists are called, are, along with the composers, the real stars, and the big names all get an airing. While more space could have been devoted to the ’50s and ’60s, and the ’80s and ’90s, which have seen such a rich development in the form with composers like AR Rahman showing the full possibilities of Bollywood music, greater exposure would have been nice. But with just three CDs on which to try and capture the madness and the melody, the compilers have done an excellent job of putting together this beginner’s guide