October 10, 2010, LOS ANGELES, (Calcuytta Tube) Dreamgirl International is the most innovative costume manufacturer in the US has the hottest styles for the 2010 Halloween  season. The company is renowned for developing beautiful, sexy costumes for women and has all the tips-n-trends that every reveler needs to have the best costume at the party. Check out the 2010 HALLOWEEN COSTUME guide for the couples and more.

Couple’s Costumes: The new trend in Halloween fashion is the coordinating couple costume. The key to a couple’s ensemble is to ensure the woman looks sexy and the man feels comfortable. Dreamgirl has several designs that coordinate together such as Pirates, Vampires and Cops-N-Robbers. “We see couple’s costumes as a growing trend, especially within the vampire and pirate themes.” Janet Teller, VP of Costume for Dreamgirl.

Innovative New Light-Up Costumes: Totally unique to the Halloween market, Dreamgirl is setting the standard combining high tech and fashion into one. Utilizing proprietary fiber optic technology, Dreamgirl has created exciting light-up elements to accent wings or a skirt. “Light-Up Costumes combine fashion and technology in a way that has never been done before,” explains designer Amanda Wasvary.  “Women who wear sexy costumes want to stand out from the crowd. They want something to set them apart and to make a statement.”

Quick Change Costumes: Two costumes for the price of one and the fun of being able to change your outfit in just a few seconds. The Quick Change was inspired by Britney Spears’ penchant for changing outfits in front of the paparazzi. Taking this quirky idea, Dreamgirl has launched new designs for 2010. “From Gangster to Gorgeous” exemplifies the Quick Change concept – change from a gangster pinstripe dress into a pretty hot pink flapper without ever leaving the room.

Dreamgirl can be found nationwide at Party City and Spirit Halloween retailers or online at BuyCostumes.com and Buyseasons.com .

Dreamgirl International is one of the fastest growing Lingerie and Costume manufacturers in the world; covering the US with nationwide sales representatives and more than 20 International distributors serving over half the globe. In the past seven years, the company has increased its sales twelve-fold with revenue growth exceeding 18% for the 2009 Financial Year 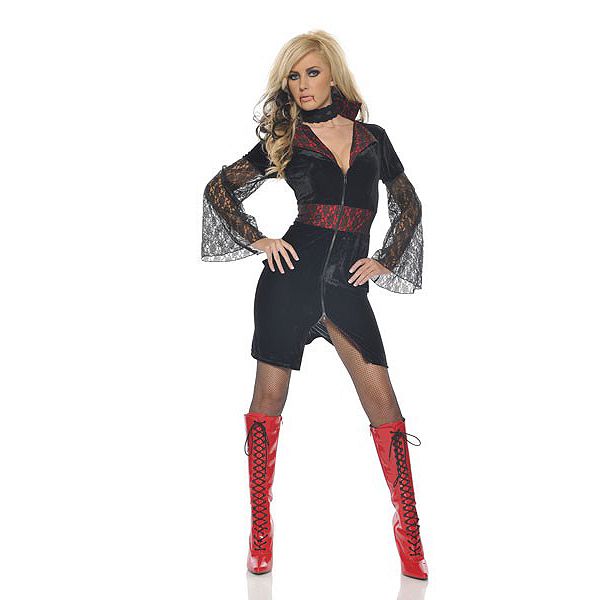